Second Set of Tentacle Prints Now Available at the Artling 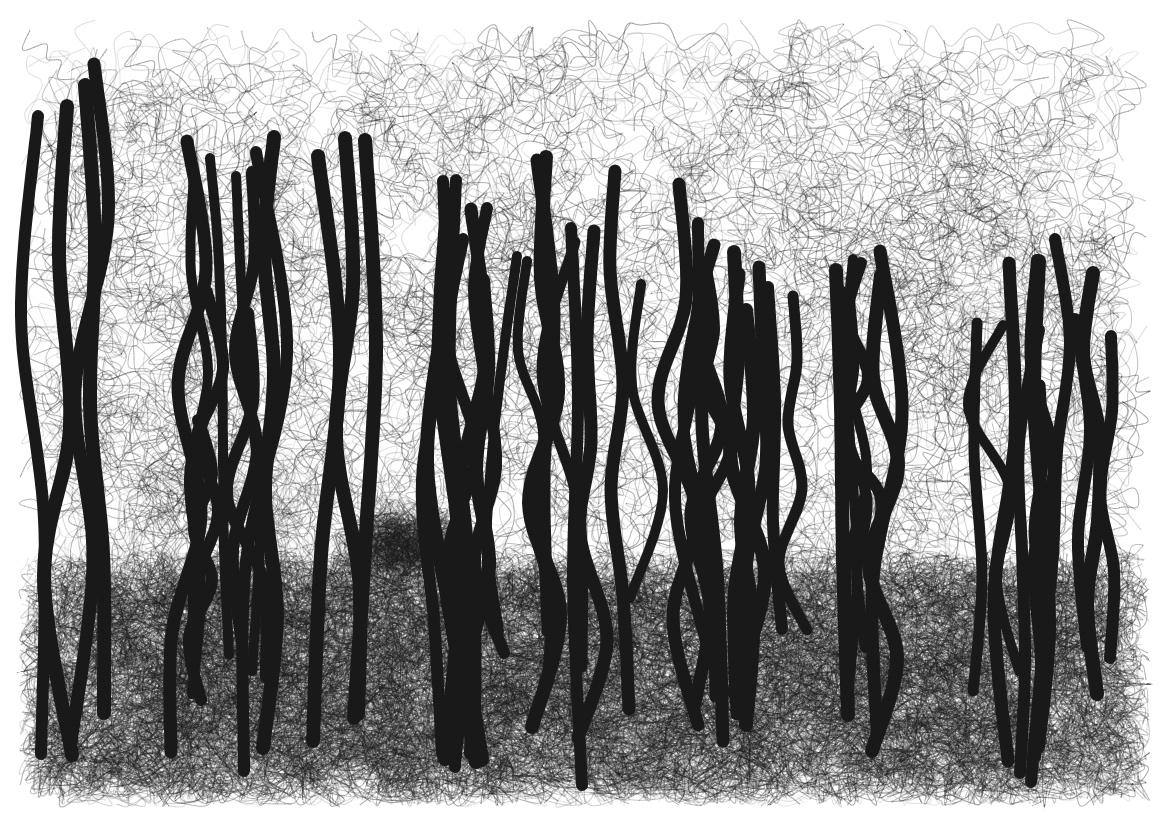 A new batch of Tentacle prints is available at The Artling. More Tentacle related projects coming soon, including limited edition prints. Sign up for our email list to be kept in the loop.

Earlier this year, Amir Hariri and I released the first sets of images from Tentacle, an algorithmic drawing project that creates gestural abstractions using contour drawing techniques. We have now made the first set of prints available at The Artling. More prints will be released over the next few months and look for more Tentacle related projects later in the summer, including limited edition prints. Sign up for our email list to be kept in the loop.

Better late than never, the follow up to 1 Vox, Vol. 1 finally makes it out into the world. 1 Vox, Vol. 2 is the second set of etudes that employ tight constraints to encourage focused exploration of the capabilities of my small modular synthesizer. Each piece uses only one voice (that is, one sound generator) plus the small set of modulation and utility modules in my rack. In order to center my attention on the capabilities of the system, I used no external controllers or sequencers. I’ve long focused on radical constraints in my work, so while this performance interface is more limited than many of the instruments I’ve built, a tightly controlled possibility space is a natural place for me to explore.

A few years back, my friend Andrew West was visiting me in New York. While he was here, he also had plans to visit Amir, an old friend from his art school days. It occurred to Andrew that Amir and I might have similar interests in art and technology so he introduced us. We started getting together from time to time to talk about art, particularly algorithmic art. The conversations weren’t limited to visual art; George Lewis’ interactive music system Voyager featured heavily in early conversations. It turns out Andrew was right, Amir and I shared a similar aesthetic and approach. Soon enough, philosophical discussions started to turn into design discussions and those designs eventually turned into code. We’re now ready to start sharing what we’ve been working on. Learn more >>

Exquisite Coast One is now available on all major streaming services.

And of course it’s still available at Bandcamp for those who prefer a download to a stream.

Exquisite Coasts is a shared patch game created by Damon Holzborn and John O’Brien (original announcement here) for the Make Noise 0-Coast semi-modular synthesizer. We have now expanded the game to include additional synthesizers from which to choose. Now, in addition to the 0-Coast, we’ve added additional small semi-modular instruments from Make Noise (Strega, 0-CTRL) and Moog (Mother 32, DFAM, Subharmonicon, Werkstatt). Learn more and join in at ec.rustle.works.

I’ve made the first major(ish) addition to Quaxtrip since launch. Rather than use a hardware mixer to get my synth setup into the computer, I tend to go directly into my multi-channel audio interface and do the mixing in software. Since Quaxtrip’s release I’ve developed an evolving set of patches to manage my personal integration with Quaxtrip. Figuring that there are likely others who work the same way, I decided to build this functionality into Quaxtrip. When you launch the mixer, you can combine up to eight stereo or mono channels to send to your remote peers as a mono or stereo mix.

There are a few other changes to the patch as well. Two separate mutes — local and remote — were added to the Local Input. This allows you to isolate the remote signals for local monitoring or prevent your signal from being sent to the remote partner(s), respectively. There also were changes to the send and receive objects you can use to hook into Quaxtrip in your own patches. This is a breaking change, so sorry about that, but the old strategy was too confusing.

There was also a minor bug fix or two, so I do recommend all users download this version.

I am planing more features in the coming weeks or months. Here’s some of the stuff I’m thinking about adding:

If you think of anything else you’d like to see added to Quaxtrip, don’t be shy. I’d like Quaxtrip to be useful for Max experts and novices alike, so I’ll do as much as I can to make it useful for a wide variety of users.

Find installation instructions and join the conversation over at the lines forum.

Announcing Quaxtrip – low latency audio over the internet in Max

Quaxtrip is a set of Max patches that makes low-latency uncompressed audio and messaging interconnections over the internet, intended for musicians wishing to play together remotely.

Quaxtrip runs Miller Puckette’s Quacktrip Pure Data patch within Cycling ‘74’s Max. Quacktrip, in turn, is an implementation, in Pure Data, of Chris Chafe’s JackTrip network protocol, based on jacktrip.pd by Roman Haefeli and Johannes Schuett. It establishes a low-latency, point-to-point connection between two sites, with no audio compression. Quaxtrip allows up to four of these connections, allowing an ensemble of up to five players at once.

Learn more and join the discussion on the Lines forum or download the patch at GitHub.